Every week I try to share libraries, archives, or collections I have found useful to Western States researchers, and some of the things I have discovered within them.

This week I want to highlight the digital historic newspaper archives available for Utah and Colorado.  Family historians know newspapers are a valuable resource.

They are especially valuable in the western states because newspapers were established fairly early when communities were formed.  State and federal government offices were not very accessible to the remote settlements and sparsely settled states, and until the middle of the 19th century most of the west was under the jurisdiction of a territorial government.  Newspapers were much more likely to provide clues to early western settler’s lives than official government records before 1900. 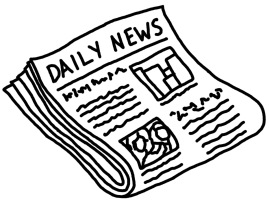 1.  Look for more than births, marriages, and deaths in newspapers.  Check out every “hit” the search finds and add these events to a timeline for an individual.  The other events in a person’s life can reveal vital clues as to family relationships, property they owned, and places they lived or did business.

2.  Search every newspaper within a 60 mile radius of a person’s home.  Vital events were sometimes reported in more than one newspaper.

3.   When looking for an obituary, include newspapers in the towns of a person’s grown children and siblings.

The Utah Digital Newspaper Archive (UDN) can be found at http://digitalnewspapers.org/ and is one of the best online newspaper resources in the United States.  According to the website “UDN is built upon a distributed state-wide collection of newspapers that is aggregated into a single, searchable index hosted at the U of U. We partner with Brigham Young University, Utah State University, and Salt Lake Community College to accomplish this, each hosting a portion of the content.”

It is easy to use and can be searched by individual newspaper title or by the entire collection.  It is also browseable by title, which is helpful if you want to get a feel for community life during a particular time.  I especially like the “Browse by County” feature, as it is helpful to see which newspapers existed for a geographic region, and the “Paper Timeline” is a handy graph to  help you locate a newspaper by time period.  The advanced search feature allows for all kinds of creativity in searching for an elusive ancestor.  Here is an obituary I found for Alexander Matheson in Parowan, Utah:  http://tinyurl.com/78mw2yz

According to the website, “The Colorado Historic Newspapers Collection (CHNC) currently includes more than 500,000 digitized pages, representing 163 individual newspaper titles published in Colorado from 1859 to 1923. Due to copyright restrictions, CHNC does not generally include newspapers published after 1923.”  The CHNC is not as easy to search as the UDN site, but it is still a great resource which dates back even before Colorado’s territorial history began in 1861.

Western States researchers have some great archives and libraries to tap into, and each week I highlight archives, libraries and collections I have found valuable, along with some of my finds there.

Anyone doing research in the Four Corners area (Utah, Colorado, Arizona, New Mexico)  will want to take a look at the Northern Arizona Cline Library’s online collections http://archive.library.nau.edu/index.php , as well as doing some on-site research. It has some real gems in its Special Collections.  These include:

TIP:  On the homepage search by keyword, or try “advanced search” and select only the collection you want to search within.

The Colorado Plateau Archives, one of the collections above, is an online exhibit for the   images, documents, oral histories, videos, and more for the region encompassing the Four Corners area of the United States. 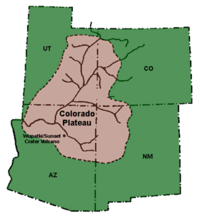 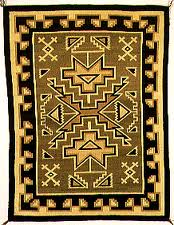 Part of the Colorado Plateau Archives contains the United Indian Traders Association Oral History Project. This is an especially valuable collection.  These are transcripts of interviews done with traders, and they are rich in information about the history of the area.  There is also a huge collection of photographs, all searchable by keyword.

Interviews of particular interest to me as a researcher are the March 30, 1999 video interviews with Joe Tanner <http://tinyurl.com/cpn7ot2>  and J.B. Tanner, who were sons of Ruel Lehi “Chunky” Tanner, grandsons of Joseph Baldwin Tanner, and great-grandsons of Seth Tanner.  These are available online, and Joe talks a lot about the early Tanner history in the Four Corners area.  I am descended from Ruel’s sister Annie Marie Tanner.  There are also interviews with Russell, Jay, and Ed Foutz, who are descended from Joseph Lehi Foutz—another Great-great grandfather of mine.

NAU is part of the “Arizona Archives Online”   http://www.azarchivesonline.org/xtf/search

This is a great way to search multiple archives and libraries at once.  There are currently 14 institutions throughout the state of Arizona that contribute content to Arizona Archives Online.  I will highlight some of the collections in these archives in future posts: